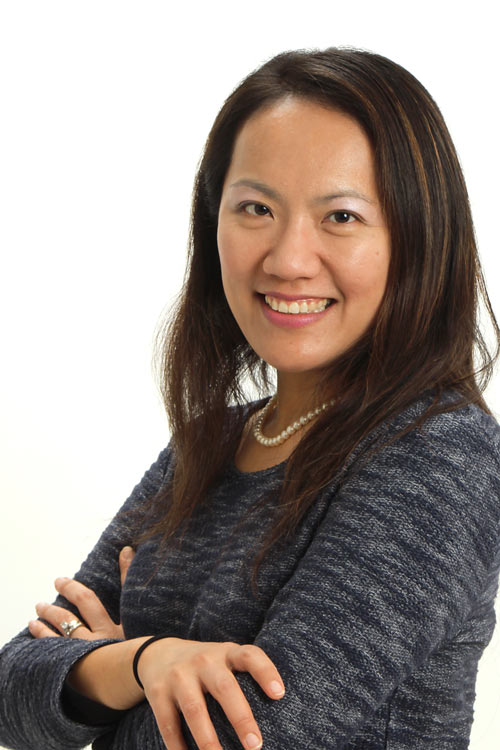 I firmly believe that every student can benefit from having a coach in their pursuit of future directions. –Elaine

Elaine Lin works with students from various cities in the U.S. including Washington, D.C., New York, Boston, Chicago, Los Angeles, and San Francisco, as well as with students coming from countries located around the world, including China, Hong Kong, Singapore, the U.K. and France. Her incredible ability to connect with both American students and International students, and to guide them through the highly-competitive and stressful admission process, stems from her personal background, academic training and more than twenty years of field experience.

Moving to the United States from Taiwan, Elaine began her studies in the U.S. as a fifteen-year-old student near Boston, Massachusetts. During her time in Boston, she assisted dozens of other young boarding school students transitioning into the U.S. cultural and educational system, as well as her own younger siblings.

In the spring of 1996, Elaine published her award-winning book, Why I Chose to Study in the U.S., to document her experiences in a U.S. high school and her own application process to U.S. colleges. Following its publication, she was invited to speak at many schools in Asia and wrote for an education magazine for several years.

As Elaine worked with her summer exchange programs, parents of international students began asking if their children could come to the U.S. for education in its high schools, and in particular, its colleges. She started taking them on as her first clients. Soon afterwards, she expanded her clientele to include students from China, Hong Kong, Taiwan, and Singapore. Organically, her United States market began to explode as well, and she began to work with students from various cities in the U.S., including Washington, D.C., New York, Boston, Chicago, Los Angeles, and San Francisco.

In 2001, Elaine founded Horizon Consulting, LLC with the goal of placing American and International students in the educational programs and paths that suited them best.

To stay up to date with admission news and development, Elaine regularly visits schools and programs, meets with admissions personnel, and attends professional conferences hosted by educational organizations. She has attended such events as the Independent Educational Consultants Association (IECA) Summer Institute and the Harvard Summer Institute on College Admissions to meet and interact with admissions personnel from various outstanding universities as well as high schools, and review the many critical issues concerning the process of college admissions. She is also an active alumna of Tufts University. Most importantly, these activities enabled Elaine to build a network of tutors, test prep experts, skill enhancement providers and educators who can facilitate and enrich the learning processes of her students.

Elaine lives with her husband and two children in Great Falls, Virginia, a suburban city near Washington D.C. She is an active member of her children’s PTA and Girl Scouts organizations.